Shantasia
At Risk: When Kentucky's Foster Care is All a Child Knows
By Devin Katayama

After spending many of her 18 years in state care, Shantasia Durr exudes stoicism—but she’s cried at least twice in the past few months.

She breaks down following her graduation ceremony. Her mother was departing, and visits are rare. The other breakdown comes when she recalls her favorite employee who recently left Maryhurst, the east Louisville foster care center that Shantasia calls home.

Both times were because of goodbyes.

“I just get so attached to some staff,” she says. “It’s hard when I get attached to them and they leave.”

Shantasia’s used to coming and going.

Kentucky’s child welfare and health systems serves 7,600 foster kids, many of whom have been removed from their homes because of abuse or neglect.

She was put in her first psychiatric hospital at 5. As a child, Shantasia had extreme anger problems—a bad hair day could set her off, says her mother, Kenisha Durr. Since then, she’s been through several group homes and hospitals. It took years for her to end up with a foster parent with whom she felt a connection. Shantasia takes medication for her issues, and staff who’ve been with her say she's come a long way.

Kentucky is near the threshold of correcting years of messy bureaucracy that have led to high costs and inefficient care for children, state child-welfare leaders and advocates say. But more time is needed to fix the byzantine system, says Teresa James, commissioner of the Department of Community Based Services, which oversees the state’s child welfare.

Shantasia is now 18. She and the systems that raised her need to adapt quickly—she to an independent world without walls and institutions; and the systems to more efficient, creative and collaborative ways to support children like her.

On a  recent Monday morning, a couple weeks after graduation, Shantasia leads a group of girls in discussing what groceries they should buy for the week. It’s part of a Maryhurst day program that helps graduated girls transition into independent living.

The group decides on taco salad, French toast and stir fry. They load up into a large van and head to the grocery store.

“I’ve actually learned a whole lot of things since being in placement,” says Shantasia, wandering through the aisles of Kroger in the Clifton neighborhood. “Some girls are older than I am and they don’t know where everything is.”

Shantasia says she would be comfortable living on her own, but things like riding the TARC bus worry her.

Shantasia recently made a big life decision.  She chose to remain in state care—a recommendation from her counselors—and she’s allowed to remain until  she turns 21. During this time, she gets free rent, in-state tuition waivers for public universities, health care, and other social services.

That is, if she chooses to stay the whole time.

Last year, two-thirds of the 571 foster children who turned 18 chose to stay in state care. Within a year, 361 leave state care. Under state law, they have one year to change their mind and return, but only a fraction do.

Ingram works with foster youth to help them transition into adulthood. That can be daunting even for children with stable families. When some foster youth are freed from the walls of institutions—which provide supports they often need—the homes they make for themselves eventually fall into squalor, Ingram says.

Once on their own, foster kids are more likely than other at-risk children to become homeless, unemployed, or imprisoned.

While all foster youth who age out have transition plans—including housing and likely higher education aspirations—only 2 percent of Kentucky’s foster youth receiving federal money are actually in college at age 21, according to the National Youth in Transition Database.

So, understanding how Kentucky can improve its system before young adults like Shantasia leave it is an important challenge for the state. As with other at-risk children, intervention—early and of high quality—are necessary but historically haven’t been the forte of Kentucky’s child welfare and support systems.

For starters, consistency can be an issue.

On average, foster kids go through three programs in their time in the system— group homes, hospitals, institutions, or with foster parents.

Shantasia had been in more than a dozen, she says. Critics blame the large bureaucracy that funnels money to different agencies that aren’t communicating enough with doctors, families, kids and each other.

That’s why some, including Shantasia, are bounced around.

“I think we’re perpetuating institutional child abuse when we allow that to happen,” says Allen Brenzel, the medical director for Kentucky’s department of Behavioral Health, Developmental and Intellectual Disabilities.

The bouncing around can lead to stress. It’s well documented that trauma or stress can rewire kids’ brains. And foster kids are more likely to have attachment disorders that can develop when they’re removed from home or go without an active adult in their life.

They can become “hypervigilant”—where they perceive threats when no threats exist, Brenzel says.

Shantasia says when she was sent to one psychiatric hospital again and again, she knew the rules and the procedures so well they were ineffective.

Shantasia says she knows why she was an angry child—she saw domestic violence in her home.

Some programs helped. Others didn’t.

“All they do is when I get angry put me in a hold and lock me behind a door, Shantasia says. “That doesn’t help at all. And it just makes me more angry and I just start beating on the door. Or they just give me a shot and that’s it and that doesn’t help.”

She was able to create relationships with staff, she says. She made connections that studies show can be helpful to vulnerable youth. She says she could find adults to talk to at Maryhurst.

Kentucky has two major systematic issues that state agencies and others are working to fix.

First, the assessments kids get when they enter the welfare system aren’t adequate, says  Crystal Collins-Camargo, an associate professor at the Kent School of Social Work at the University of Louisville.

“The system today does not routinely, in a systematic way, assess those kids at the front door,” she says.

“That doesn’t mean a lot of kids don’t get referred very quickly on to mental health services. A lot of them do.”

But that’s not always a good thing. Children must be referred to the right agencies for the right services, she says.

Collins-Camargo is part of an effort to create a new assessment through a federal grant initiative called Project Safe Space. State officials plan to soon launch a pilot version. The program could be ready for a statewide launch in five years.

Collins-Camargo says the program would work across several departments, independent agencies and child welfare programs that are currently siloed.

Collins-Camargo calls herself a “cat herder.”

Once the assessments improve, the second major issue will be making sure the right services are available.

That’s where the woman with the “impossible job” comes in.

“I have to change. I don’t get a choice,” says James, who has led the state’s Department of Community Based Services since 2012.

James is lauded by some child-welfare advocates who are optimistic that Kentucky is close to making significant changes.

But she’ll need to be creative, because money is tight.

“There’s just a lot of grassroots types of programs that don’t exist any more that provided some really strong outcomes for us, and now we don’t have those,” she says. “So a lot of those basic services, DCBS staff are now trying to pinch hit.”

James is now trying to leverage Medicaid dollars to free up her department’s cash, she says.

“I need foster homes, where the first time they put their fist through the wall, aren’t saying, ‘Move them, you gotta go,’” James says.

Foster kids who stay in homes have better outcomes, according to some research. And some studies suggest that keeping kids out of foster care with their unabusive parents has even better results, even if it means keeping them in dysfunctional homes.

Shantasia is a product of the state’s systems. She’s a high school graduate—one of many achievements she’ll need to earn to be successful as an adult. She’ll also have to figure out how to live a life without institutions, hospitals, or the help that she’s relied on in the past.

Her goals, she says, are college, a job, and someday a move to California. At the same time, she’s also thinking about moving back to Owensboro, where her mother lives.

Once she’s in an apartment, she’ll get help from counselors, therapists, and Vanaissa Lawson—her foster mom of three years.

“I think it will be difficult at first because Ta-Ta likes to be with somebody,” says Lawson, who has promised to stay the first night with Shantasia when they find her the right apartment.

Shantasia knows she’ll have to make it work in Louisville first  if she’s ever going to achieve her larger goals. And her biological family may not be her No. 1 support when she tries. It’ll likely be others. People like Lawson.

Shantasia tells me she wants to go to California, I say.

You want to go to California, too? 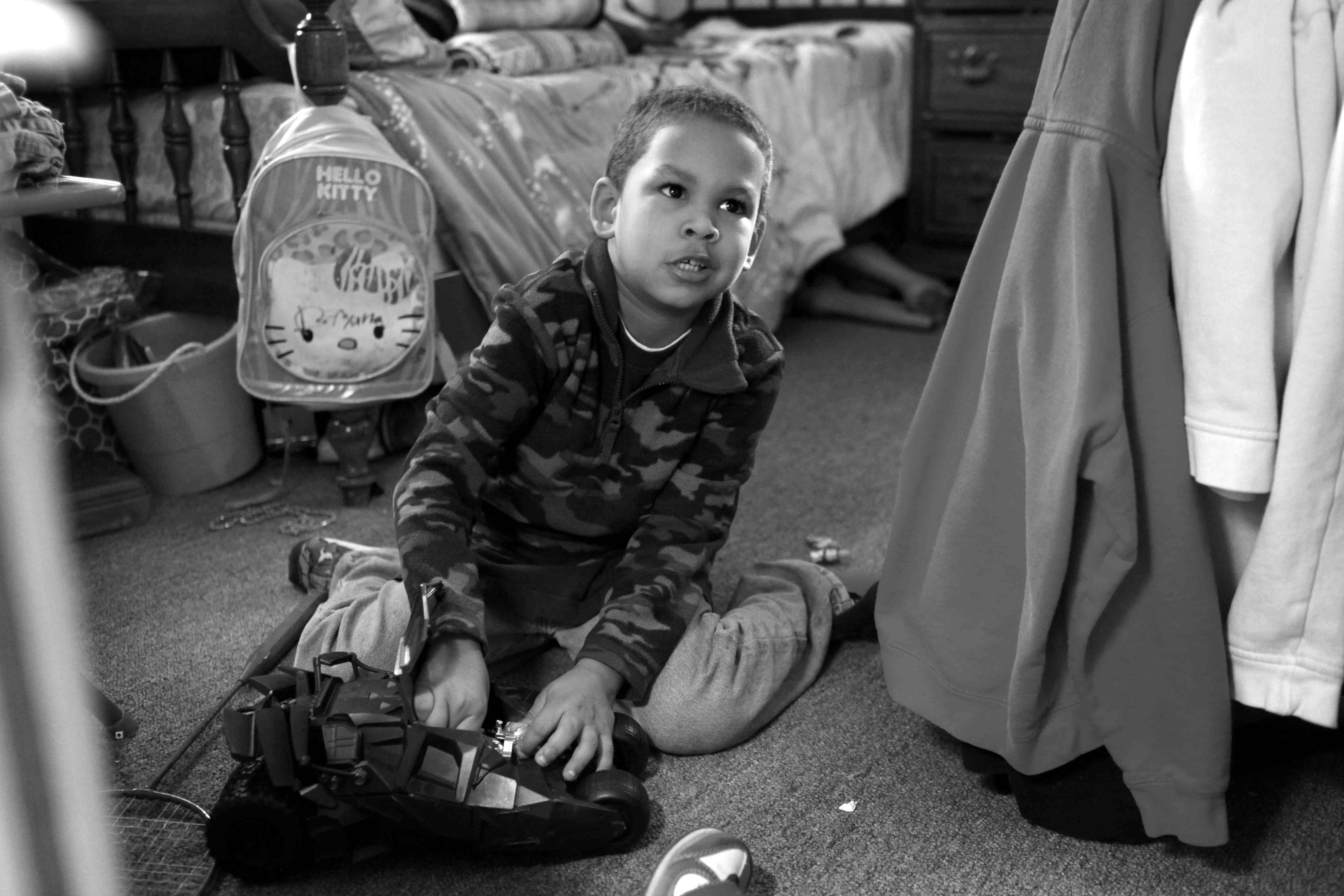 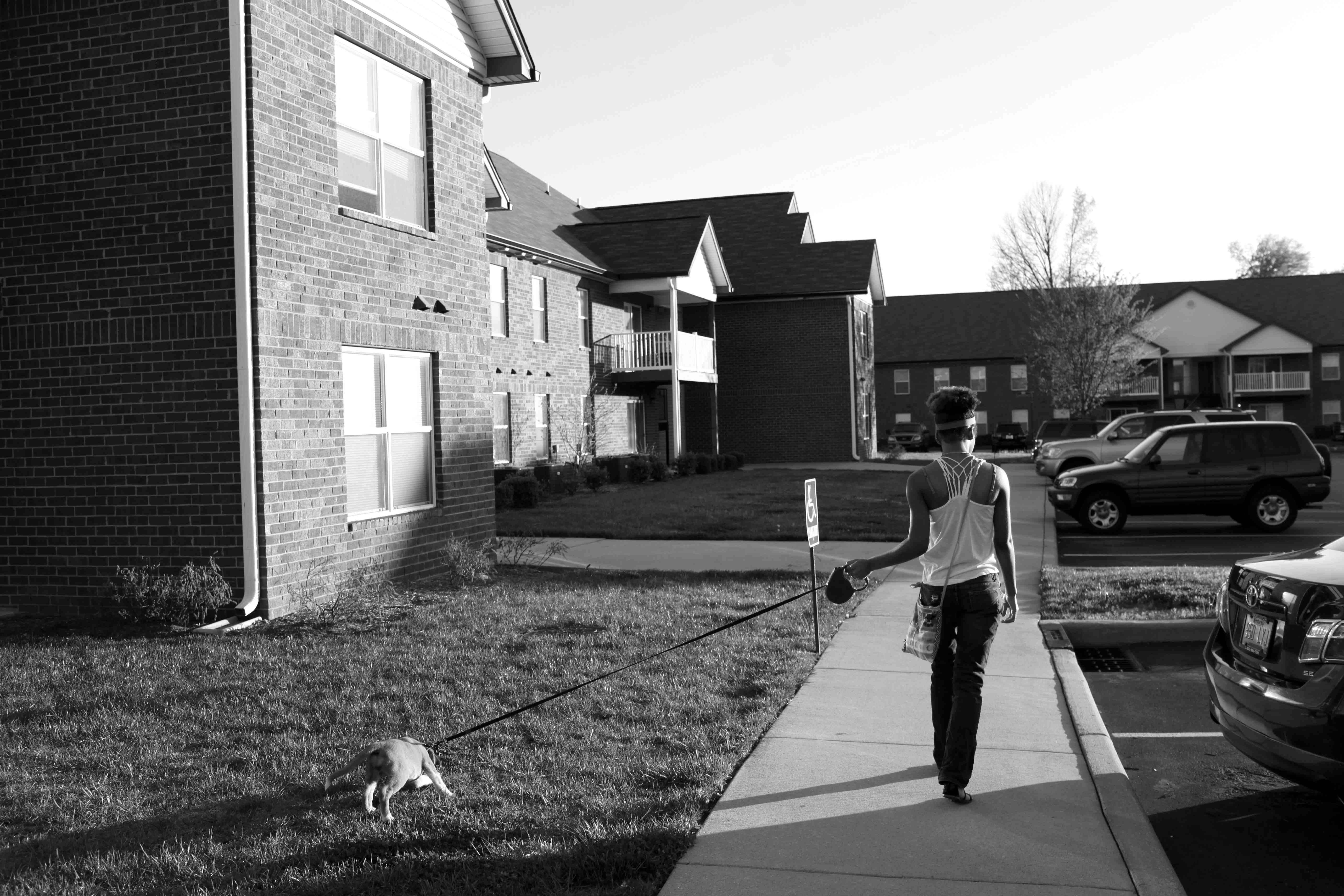